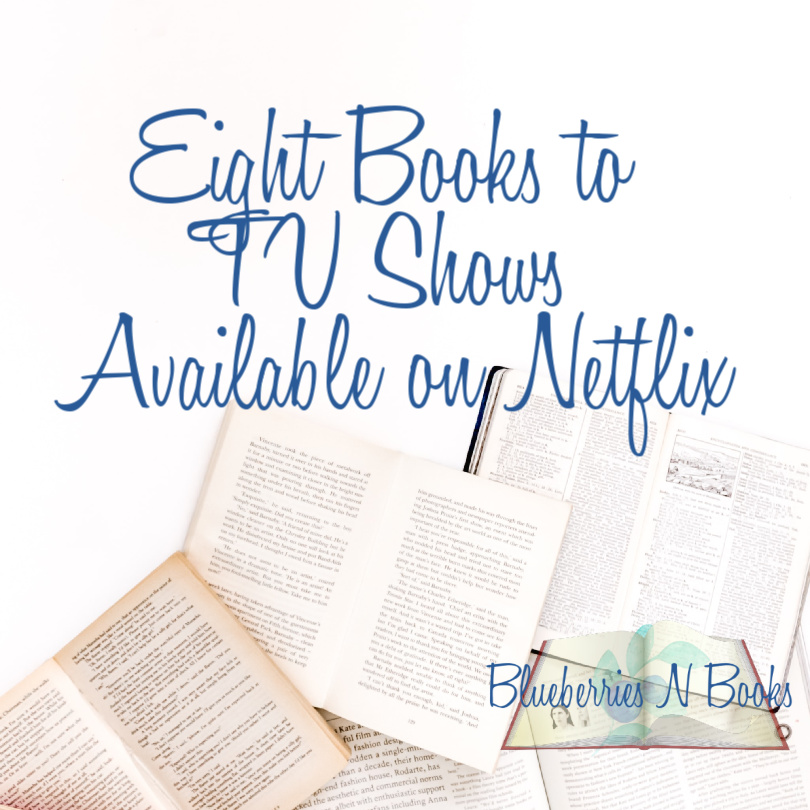 One of my favorite things to do is to read a book and then watch how someone else brings it to life in either a movie or TV show. With that in mind, I went searching on Netflix for books that had been turned into TV shows. While there are other shows out there, here are eight that I think are worth checking out.

Jennifer Pitney is a participant in the Amazon Services LLC Associates Program, an affiliate advertising program designed to provide a means for sites to earn advertising fees by advertising and linking to Amazon.com.

The Starz show based on the series by Diana Gabaldon. Season 1-3 are available on Netflix (this is NOT a show that is safe for children to watch, but is so well done in terms of acting and writing). A time travel story going from the 1940s to 200 years earlier in Scotland.

The Netflix original show based on the Anne of Green Gables series by L.M. Montgomery. Anne is about an orphaned girl who moves to Prince Edward Island, Canada when she’s adopted by an older brother and sister- the Cuthberts. The book is all about her life and adventures living in Avonlea, PEI. There are three seasons. (Must admit that this is not my favorite adaptation).

This Syfy show has seasons 1-4 available on Netflix. Based on the series of books by Lev Grossman, this dark fantasy series features a fantastic story. (Again, though, not a show safe for children to watch). I really enjoy this show.

Both seasons of this fantasy show are available on Netflix. It’s one of my favorite shows to binge. They are loosely based on the trilogy The Sword of Shannara by Terry Brooks.

Based on a book by Andrzej Sapkowski, this is a new Netflix original show. “Geralt is a Witcher, a man whose magic powers, enhanced by long training and a mysterious elixir, have made him a brilliant fighter and a merciless assassin. Yet he is no ordinary murderer: his targets are the multifarious monsters and vile fiends that ravage the land and attack the innocent.” -From the description on Amazon.

While I had heard and even watched some of this show, I did not know that it was based on a book series by L.J. Smith! The books are about Elena, Stefan and Damon.

And last, but not least,

A book series by Jill Murphy (that I loved to read in my childhood), this is also a Netflix Original series. It has 3 seasons.